We had five minutes each to cover these complex concepts. Here’s what I had to say about (and against) compassion:

The first definition for “compassion” in the OED is “Suffering together with another, participation in suffering; fellow-feeling, sympathy,” but this usage is now obsolete. The current use shifts the emphasis from suffering with another to feeling for or being moved by the suffering of another. Fellow feeling disappears from the definition, and is replaced by a dichotomous and unequal relationship between the one who suffers and the one who is moved by the suffering of another.Even more recently, however, the etymological structure of feeling of the meaning of the word moves us, paradoxically, from feeling (with or for) to the absence of feeling or “compassion fatigue,” first used in the U.S. in 1968 and defined as “apathy or indifference towards the suffering of others or to charitable causes acting on their behalf.”[1] The most frequent early use of the term referred in particular to the numbed response of people in countries with a large and seemingly sudden influx of refugees. Here, a geopolitical phenomenon becomes about the capacity (or lack thereof) for individual feeling. The term is added to the definition of the word “compassion” in March 2002, and currently stands at the end of the entry, almost as if all compassion eventually and inevitably leads to compassion fatigue.

The other rhetorical shift I want to briefly mention is the increasingly frequent use of the phrase “compassionate care.” In the past, care could be good or bad (and everything in between), but when and why did we come to emphasize that our care is or should be compassionate? I contend that this shift happened around 1980, which is also the same time that the phrase “compassion fatigue” became increasingly popularized.

What does the rhetorical redundancy of the phrase “compassionate care” tell us about how we care now?

Emergence of the use of “compassion fatigue” and “compassionate care”: circa 1980

I argue that the redundant phrase is a sign of what we might call, paraphrasing feminist anthropologist Elizabeth Povinelli, the culturalization (and depolitization) of care in late liberalism.[2] It is also a sign of a phenomenon that critical theorist Steven Colbert has described as “truthiness.” 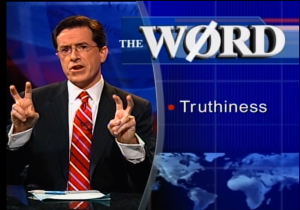 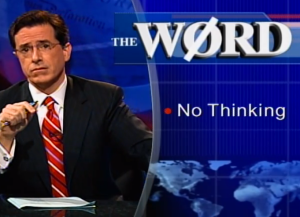 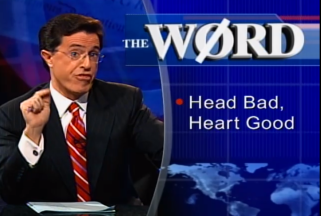 My work seeks to consider these shifts in relation to the emergence of the Medical Humanities as a new discipline—a feeling discipline—in medicine in the late 1960s and early 1970s, and the attempts to institutionalize practices of feeling in medicine in the four decades since. I am interested in this phenomenon in relation to the emergence around the same time of the hegemony of biomedicine and evidence-based medicine. The logic of biomedicine maintains an illusion of separate spheres between science/medicine and art/feeling—that is, compassion as supplemental to rather than internal to medicine.

Thus, I argue in general that compassion has become the “disciplinary imperative”[3] of the Medical Humanities. I conclude by offering three problematizations of the field in relation to this disciplinary imperative: 1. Medical Humanities is the spatial and temporal repository of feelings in and for medicine; 2. Medical Humanities participates in rather than challenges the instrumentalization of care in medicine;[4] and 3. Medical Humanities promulgates a negative disposition toward theory and abstraction that suggests that theory hurts. I offer an alternative that is against compassion, not in the sense of being opposed to feeling in general and compassion in particular, but in the sense of being proximate to it. Such a position helps avoid the trap of Medical Humanities as the soft place where doctors get to feel good about themselves as feeling human beings rather than a hard place of thought about the practice of medicine.[5]

[1] For an even more extensive genealogy of the word, concept, and practices of compassion, see Marjorie Garber, “Compassion,” in Lauren Berlant, ed. Compassion: The Culture and Politics of an Emotion (New York and London: Routledge, 2004): 15-27. Garber’s essay and Berlant’s introduction historicize the term in relation to the political discourse of “compassionate conservatism” around the turn of the 20th century. This feels like a very different moment politically, with the popularity of Donald Trump as reaction formation against a social expectation of the performance of compassion. Berlant seems to anticipate such a reaction formation noting that she was “struck by an undertone accompanying the performance of compassion: that scenes of vulnerability produce a desire to withhold compassionate attachment, to be irritated by the scene of suffering in some way,” “Introduction: Compassion (and Withholding),” 9.

[3] I take this term from Robyn Wiegman, whose brilliant work on the disciplinary imperatives of various identity studies and their “proper objects of study” has influenced my thought in immeasurable ways, Object Lessons (Durham and London: Duke University Press, 2012).

[4] In her ethnography of responses to the epidemics of tuberculosis and suicide among the Inuit in Canada in the 20th and 21st centuries, Lisa Stevenson notes that, “Caring, as it becomes an operationalizable concept—something that can be measured and evaluated, fed through a system of best practices and evidence-based science—simultaneously becomes invested in a certain way of being in time. Caring now occurs on shifts, with most shifts between 9 and 5. It is no longer professional to care after hours. Implicit in the system of care is that the object of care must learn to mime the caregiver’s attitudes to time and to care,” Life Beside Itself: Imagining Care in the Canadian Arctic (Oakland: University of California Press, 2014), 134.

[5] For more on compassion as the disciplinary imperative in the Medical Humanities, as well as a call for doing “critical medical studies,” see my essay “Against Compassion: Attending to histories and methods in medical humanities; Or, doing critical medical studies,” in Franziska Gygax and Miriam Locher, eds. Narrative Matters in Medical Contexts across Disciplines (Amsterdam: John Benjamins Publishing, 2015): 167-182.